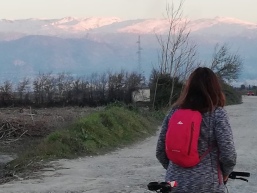 During and after the holidays  is a time for me to regroup a bit and enjoy some down time before the tourist season begins.   The weather has been unusually beautiful even for Andalucia.  We always take advantage of the warm sun to explore some of the small towns and nature that we have a stone´s throw from Granada. We can hike or bike to Pinos Genil which is a beautiful small town on the river known for its outdoor terraces where you can enjoy lunch or just a small tapa.  The “huevos rotos” are especially good at La Taberna de Guillermo.  Sauteed potatoes with excellent Serrano ham and fresh eggs. The eggs are served fried and whole on top and you cut everything up with a knife and fork hence the name, Broken Eggs.  Here they let us use their homemade hot peppers to put on top which makes us extremely happy.

Since my daughter Luna “adopted” my bike a couple of years ago I have not had my own until this Christmas. Thank you Santa.  To celebrate we biked to Fuente Vaqueros, the birth town of Federico García Lorca, a prominent poet and playwright who was assassinated by the Nationalist troops in the Spanish Civil War. From the path along the Genil River you have a perfect view of the snow covered peaks of the Sierra Nevada. In the afternoon we stopped to talk with a shepherd who was out walking with his 180 goats.  He was a happy man who mentioned that the day would be perfect if he could spend it sitting on an outdoor cafe drinking beers with his wife.

One of the most pintoresque drives in Andalucia takes you from the city of Granada down to the Mediterranean Coast passing through the mountains and the Tropical Valley.  It is called the Carretera de la Cabra, or the “Goat Road” in English.  There is a beautiful hike down to the Rio Verde and a few small white towns that are yet to be discovered by the masses.  We usually stop in a couple of those along the way to the coast.  In the town of Otívar we have a glass of one of my favorite wines which is quite strong.  It is called vino de la tierra, wine of the land.  Here it is pink and harsh.  A dear friend from another town close by laughingly commented, “be careful or you will end up asleep in the valley.”  That same friend directed us to a bar in Otivar to taste their award winning tapa, grilled eggplant with goat cheese. 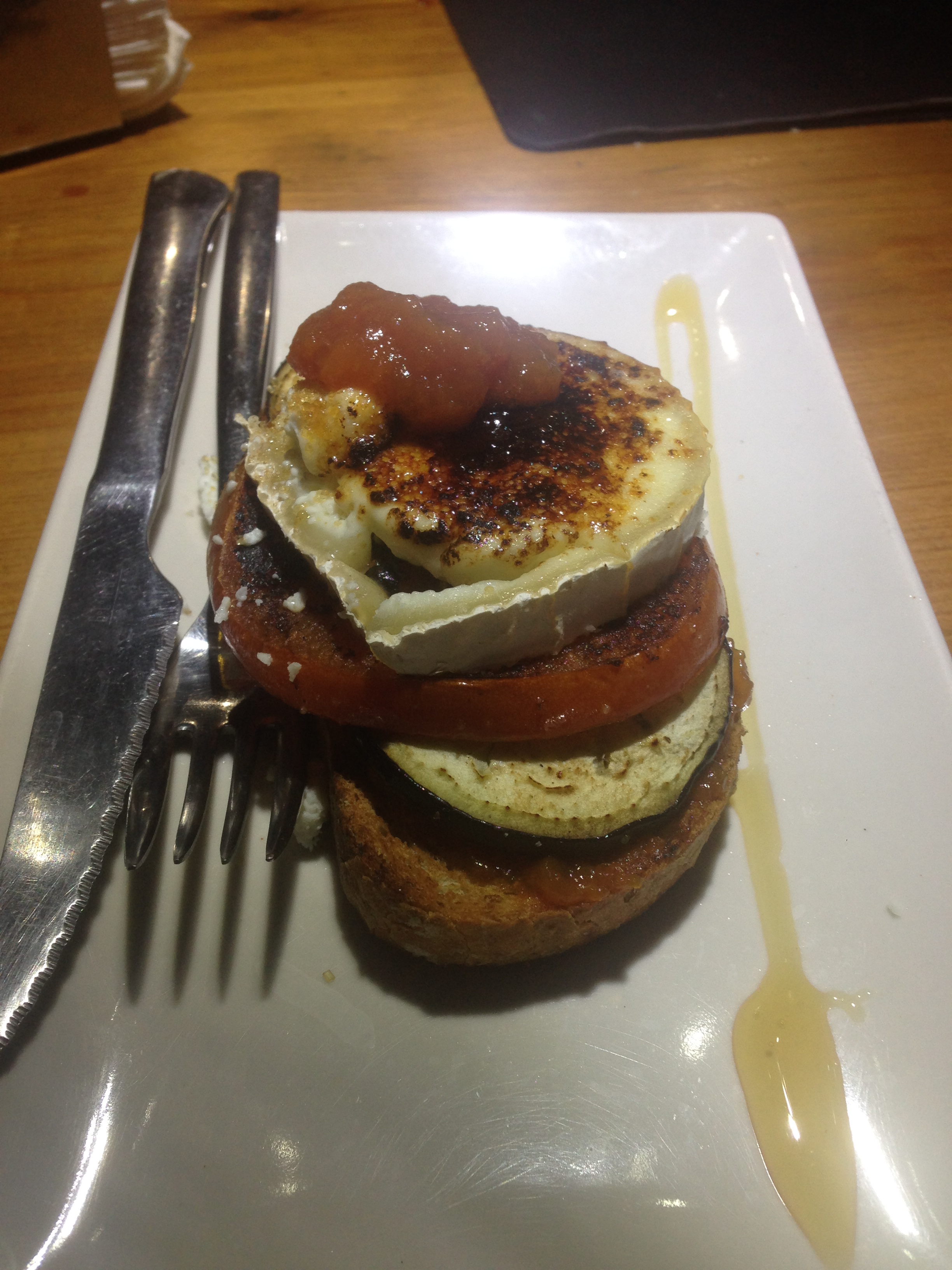 “UNDERSTAND ONE  SINGLE DAY FULLY , SO YOU CAN LOVE EVERY NIGHT”

8 thoughts on “A few more pieces of my Granada………”