The only thing more important in Spain than futbol (soccer) is ham.  Jamòn, be it Ibèrico, Serrano, Pata Negra, de Trevèlez, let ham live!   I have to be honest and admit that I pretty much avoid the average tapas bars in Granada that slap down a piece of ham and bread for a tapa. I don´t like bad ham.  I´d rather drink a cheap wine than eat cheap ham. I prefer jamòn ibèrico but I have also learned to appreciate cured ham from the lower Sierra Nevada Mountain range here in Granada.  Jamòn de Trevèlez.  However, if given the choice, I prefer cheese.  Always have, always will.  All cheese.  Soft, sweet, stinky, hard. I love it all.

When “Jam” first opened in Granada I would walk by the large windows and peer in while inhaling the deep smell of cured ham.  The name of the tapas bar made me laugh.  Ham, but in Spanish with a J.  Finally, one day we decided to give it a try.  I’m yet to be dissapointed by their tapas and cheese platters. 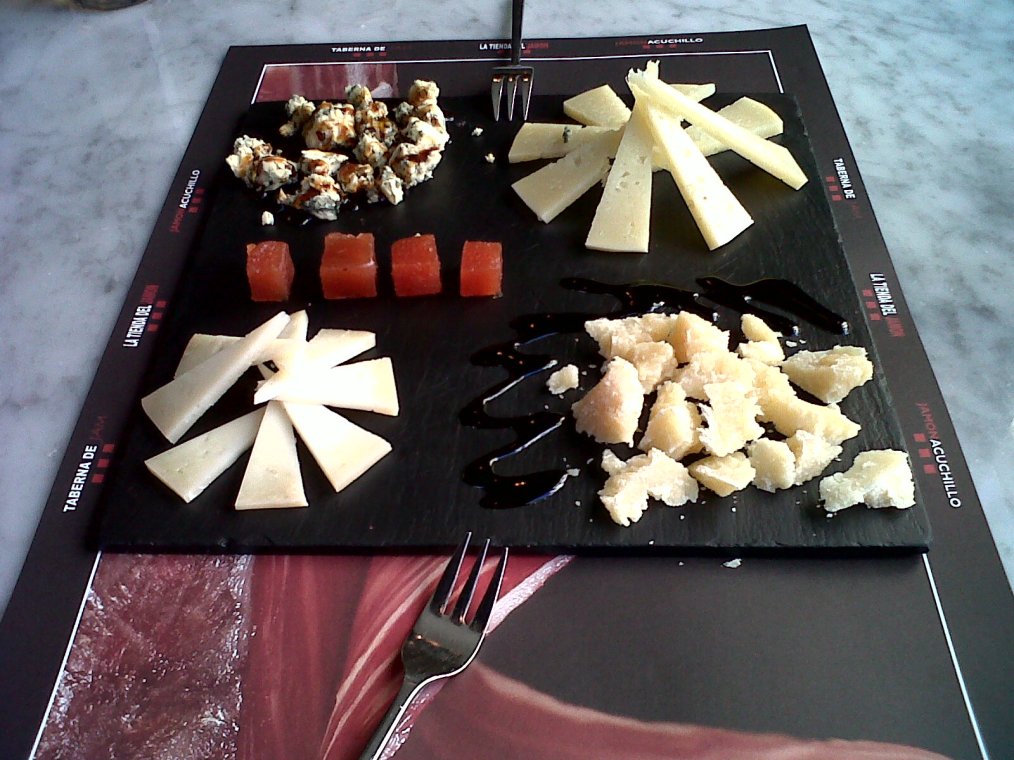 They have an amazing wheel of Stilton cheese that they fill with Pedro Ximènez, a dark and sweet sherry.  It is out of this world and the reason to order a cheese platter.  It is accompanied by a nice selection of cured manchego´s and reggiano.  The tapas are also delicious.  On one afternoon we enjoyed a great marinated dogfish with red cabbage and teriyaki chicken with a sweet and sour cabbage salad. 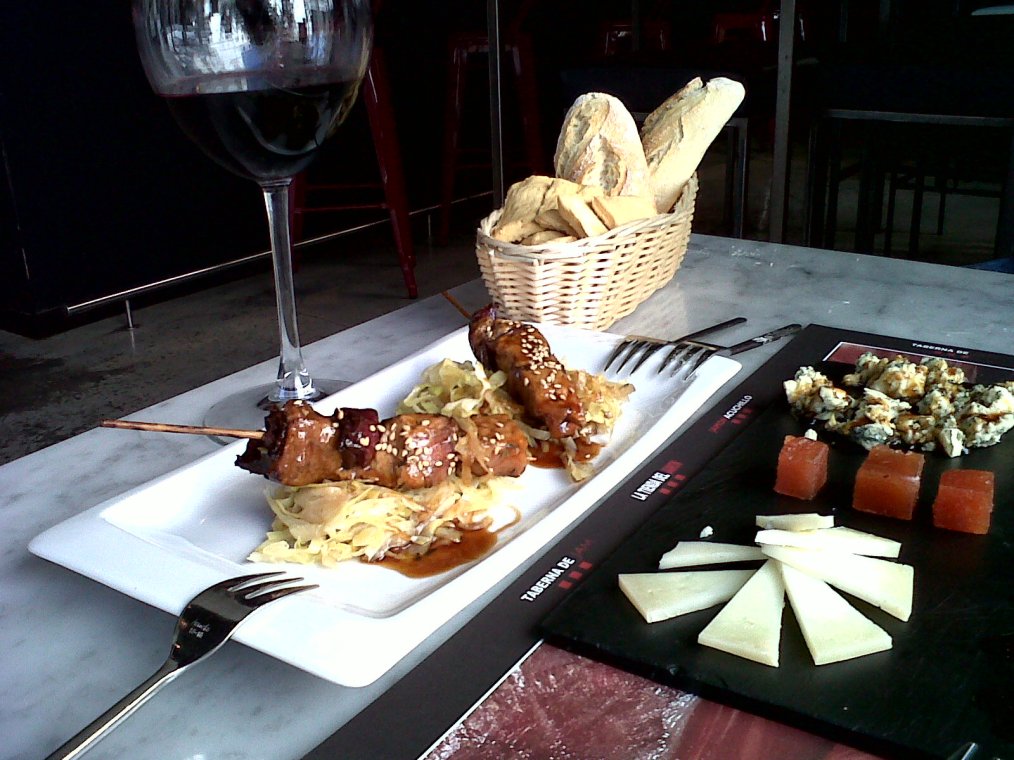 Save the best for last they say, no?  The bonus dessert at “Jam” is an explosion of flavor in your mouth.  Cured ham covered with dark chocolate and topped with a bit of stilton, a walnut, and a bit of quince paste.  It doesn’t get much better than this!! 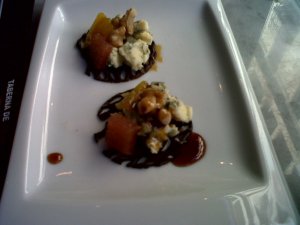